The Meaning of Ancient Words for ‘Earth’: An Exercise in Visualizing Colexification on a Semantic Map 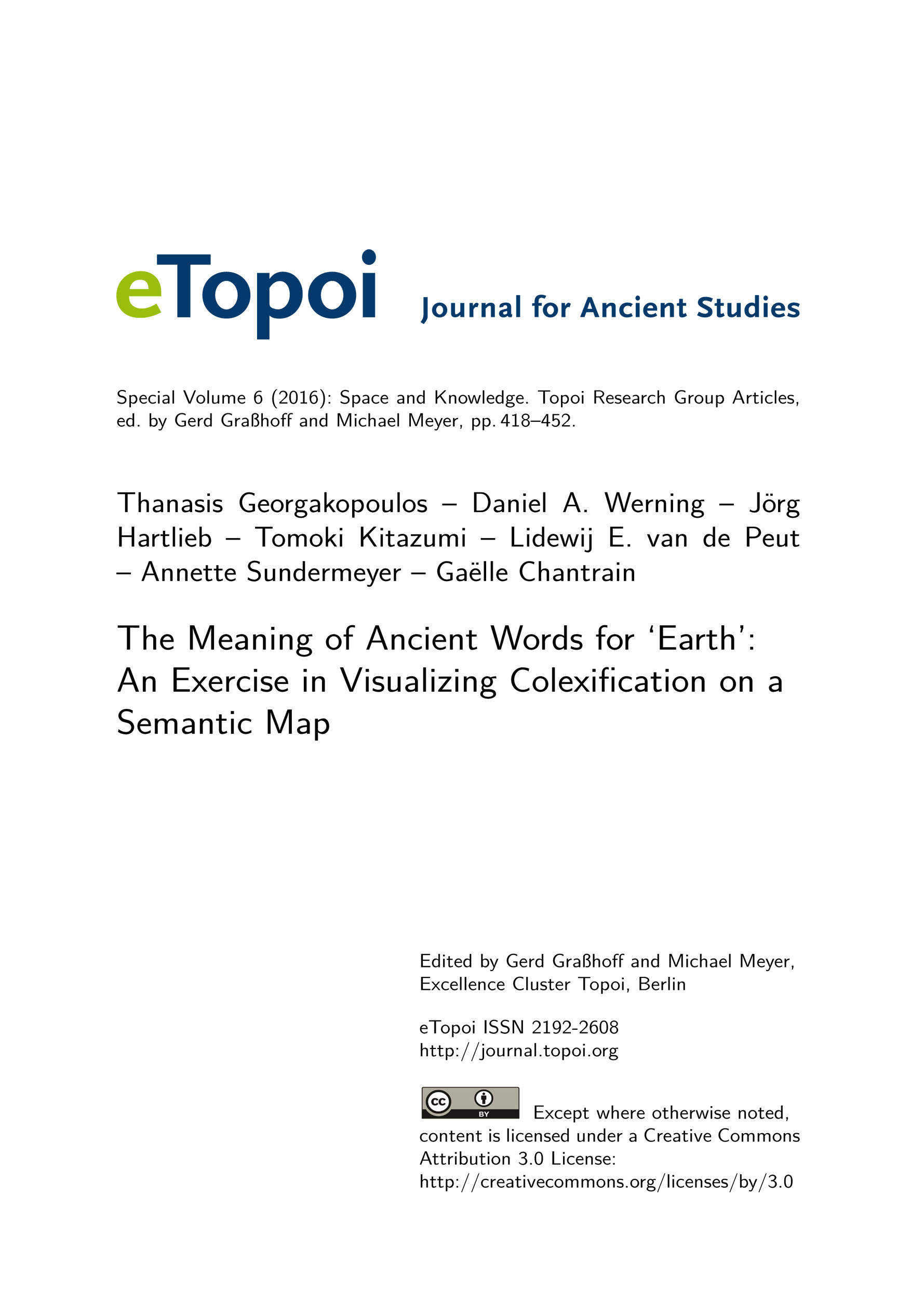 This paper aims at investigating the polysemic patterns associated with the notion ‘soil/ earth’ by using the semantic map model as a methodological tool. We focus on the applicability of the model to the lexicon, since most of past research has been devoted to the analysis of grammatical morphemes. The most concise result of our research is a diagrammatic visualization of the semantic spaces of twenty lexemes in nine different languages, mainly ancient languages belonging to the Indo-European and the Afro-Asiatic language families. The common semantic map for the various languages reveals that the semantic spaces covered by the investigated lexemes are often quite different from one another, although common patterns can also be detected. Our study highlights some shortcomings and methodological problems of previous analyses suggesting that a possible solution to these problems is the control of the data in the existing sources of the object languages. Finally, drawing upon the cognitive linguistics literature on the various types of semantic change, we show that some of the senses of the individual lexemes are the result of the function of such mechanisms as metaphor, metonymy, and generalization.