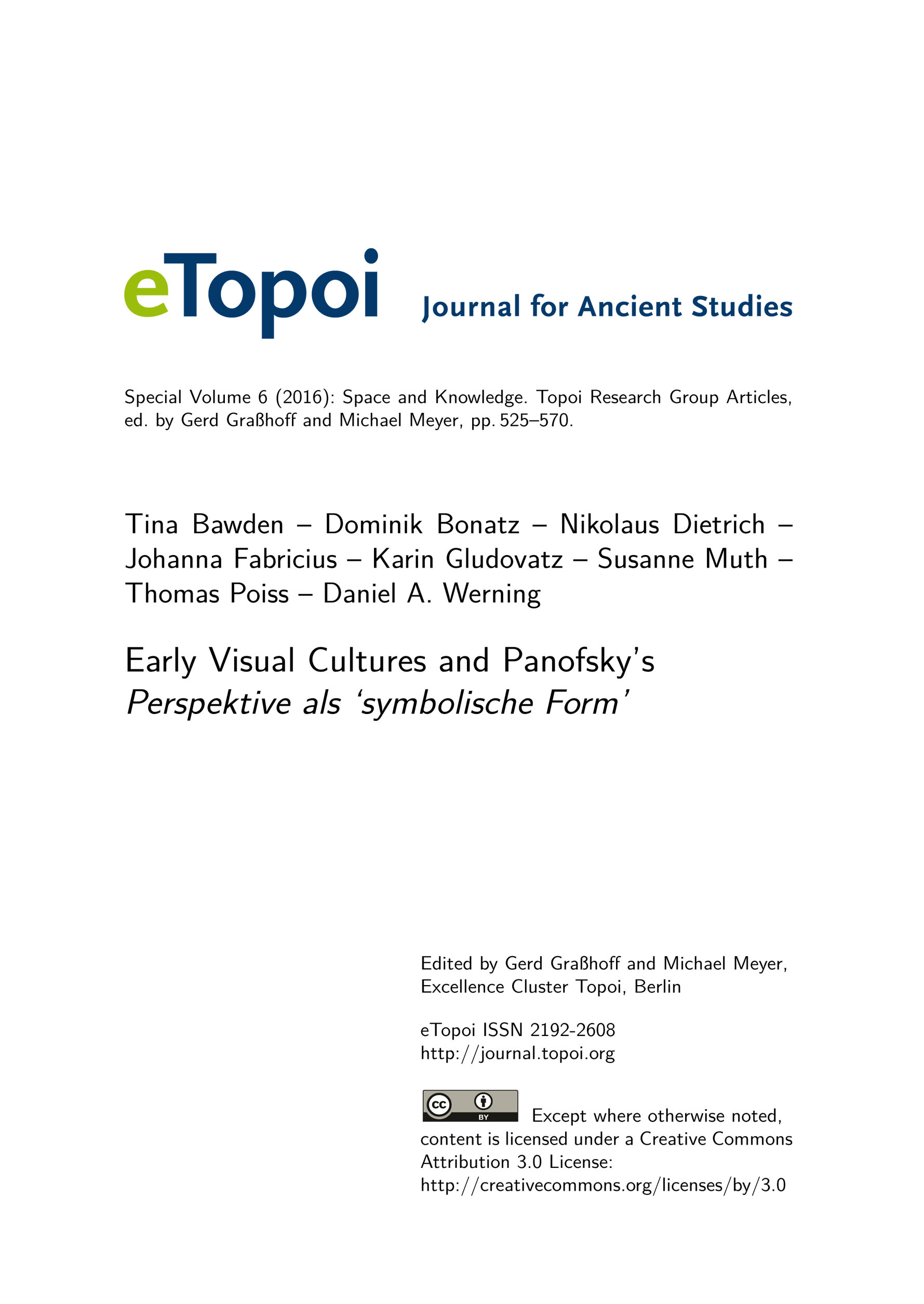 This paper investigates the historical dimension of perspectival representations. It aims to provide a heterogeneous though comparative picture of culturally unrelated visual conceptualizations of pictorial spaces, written with a view toward explaining how the multiple modes of perspective were introduced in antiquity. Point of departure for this critical approach is Erwin Panofsky’s essay Die Perspektive als ‘symbolische Form’, published in 1927. His essay analyses the pictorial visualization of space and spatiality in different historical contexts, examining their cultural codification in terms of the heuristic category of ‘symbolic form’. However, ‘perspective’, which is commonly understood as synonymous with ‘linear perspective’, deserves a new discussion in the context of diverse visual cultures: A ‘naturalisatio’ of the gaze as it is suggested by pictorial spaces which function mimetically is primarily associated with the early modern period in Western art. Instead of merely rereading Panofsky’s canonical text, this paper presents an interdisciplinary re-viewing of a selection of the pictorial examples chosen by Panofsky, commenting upon their perspective(s) from different vantage points.