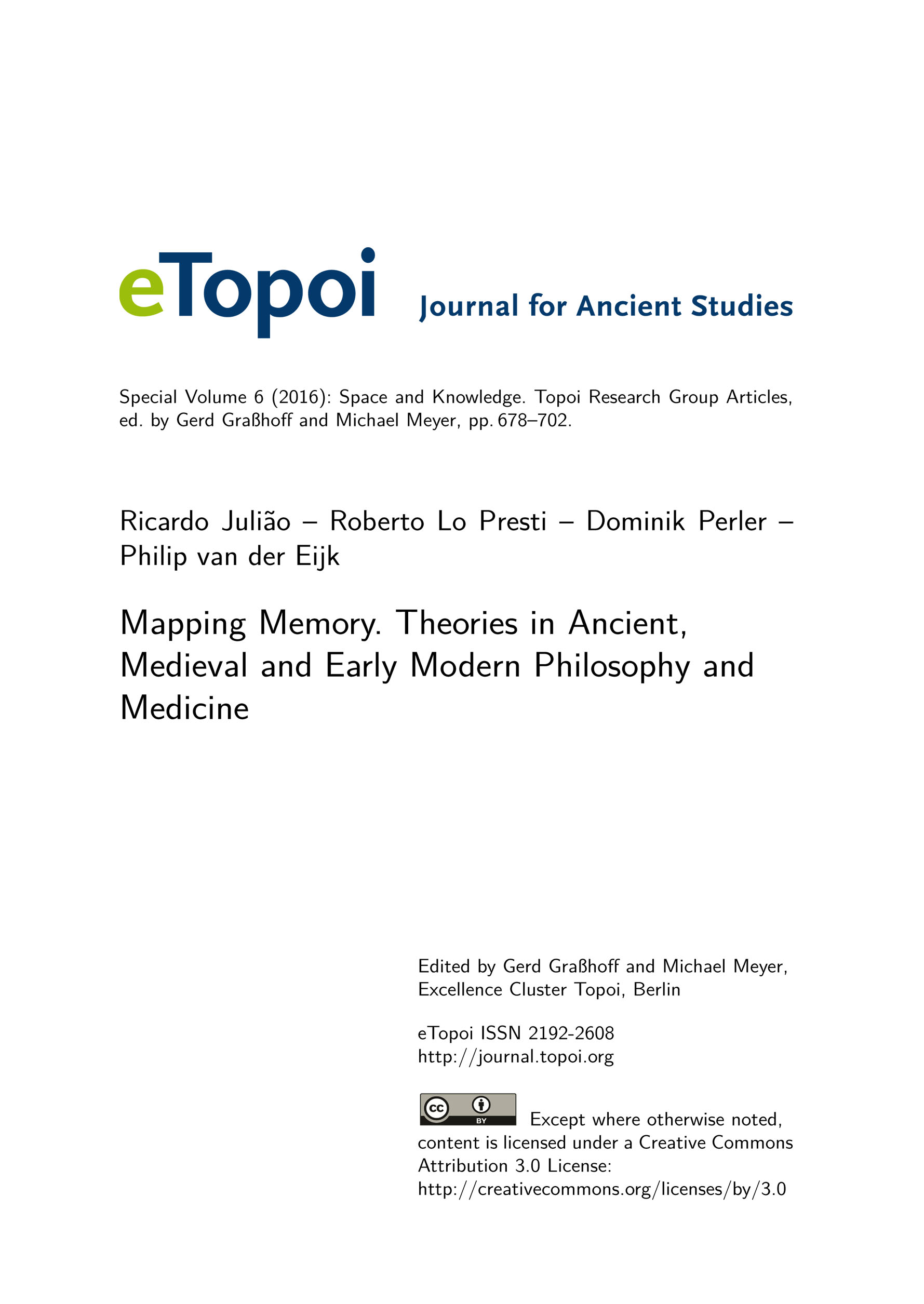 This paper discusses theories of memory as developed by philosophers and medical writers from Graeco-Roman antiquity, the Middle Ages and the Early Modern period. While philosophers had much to say on the nature of memory and recollection, their epistemological role and their relationship to other functions of the soul, medical writers concentrated on the anatomy, physiology, pathology and indeed the therapeutics of memory and recollection. Yet the close relationship between philosophical and medical approaches was most clearly visible in discussions about the bodily location of memory, where theoretical concepts of the hierarchy of faculties of the soul were connected with clinical observations of memory failure as a result of injury or disease.