The Gaze to Heaven: On the Topopoetics of the Body-Soul Relationship in the Middle Ages and Early Modern Period 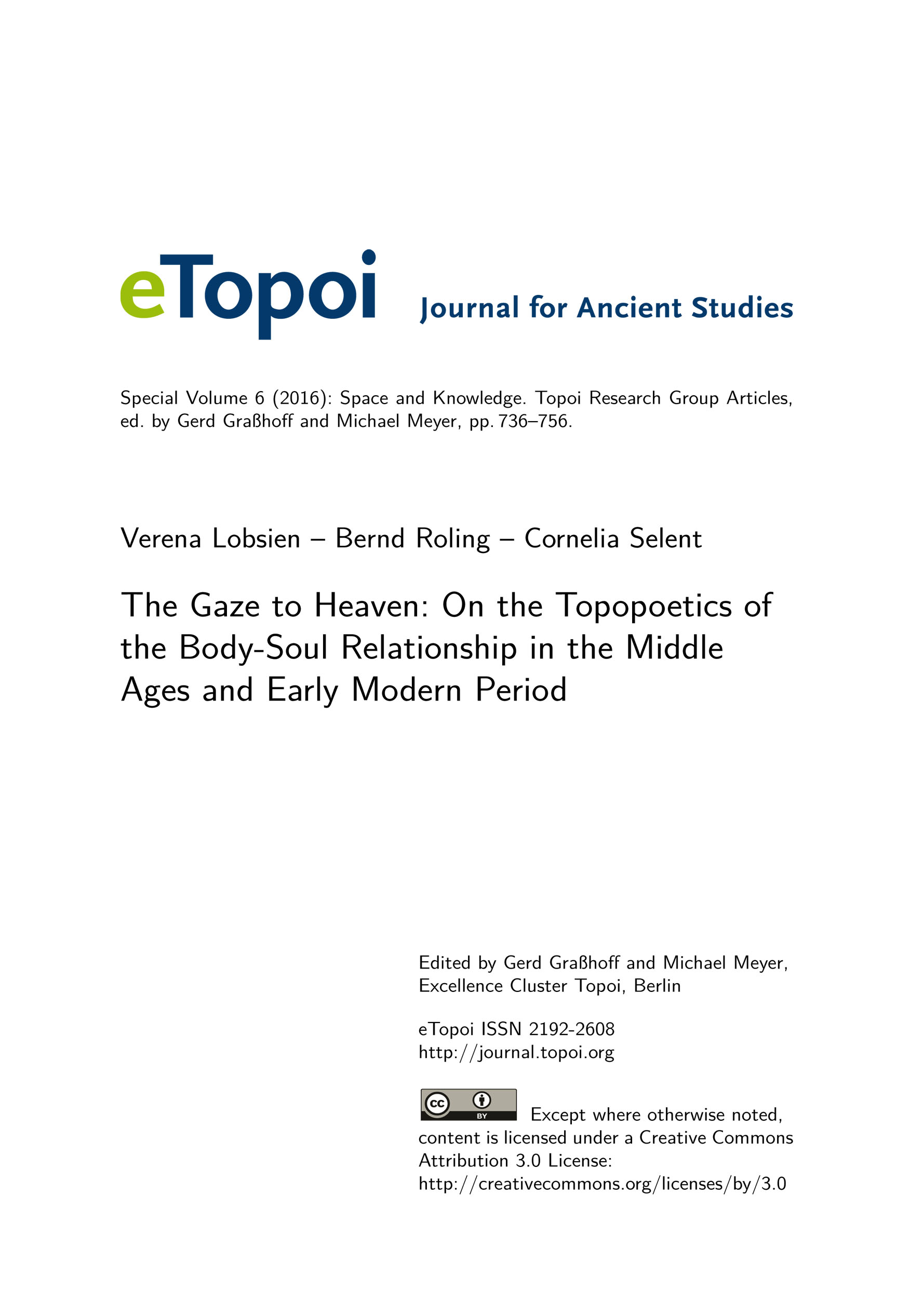 This project consists of three studies which examine how the cognitive faculties are hierarchically ordered and related to each other in the Middle Ages and Early Modern Period. Special attention will be paid to the epistemic relationship between the body and soul as well as the exact role and status of the senses. The following questions will be asked: how did medieval philosophy view Adam’s natural cognitive ability before the fall? How dependent was his knowledge on the senses? Which role did the School of Chartres, influenced by Plato, assign to the senses in the story of creation? How do such ‘metaphysical poets’ like John Davies or George Herbert express the connection between the body and soul and its epistemic function through the medium of poetry? All three studies are situated at the intersection between the history of philosophy and literature and seek to show how poetry and philosophy interact when addressing philosophical questions.

Verena Olejniczak Lobsien, Bernd Roling and Cornelia Selent, "The Gaze to Heaven: On the Topopoetics of the Body-Soul Relationship in the Middle Ages and Early Modern Period", in: Space and Knowledge. Topoi Research Group Articles, eTopoi. Journal for Ancient Studies, Special Volume 6 (2016), 736–756