The Digital Atlas of Innovations: A Research Program on Innovations in Prehistory and Antiquity 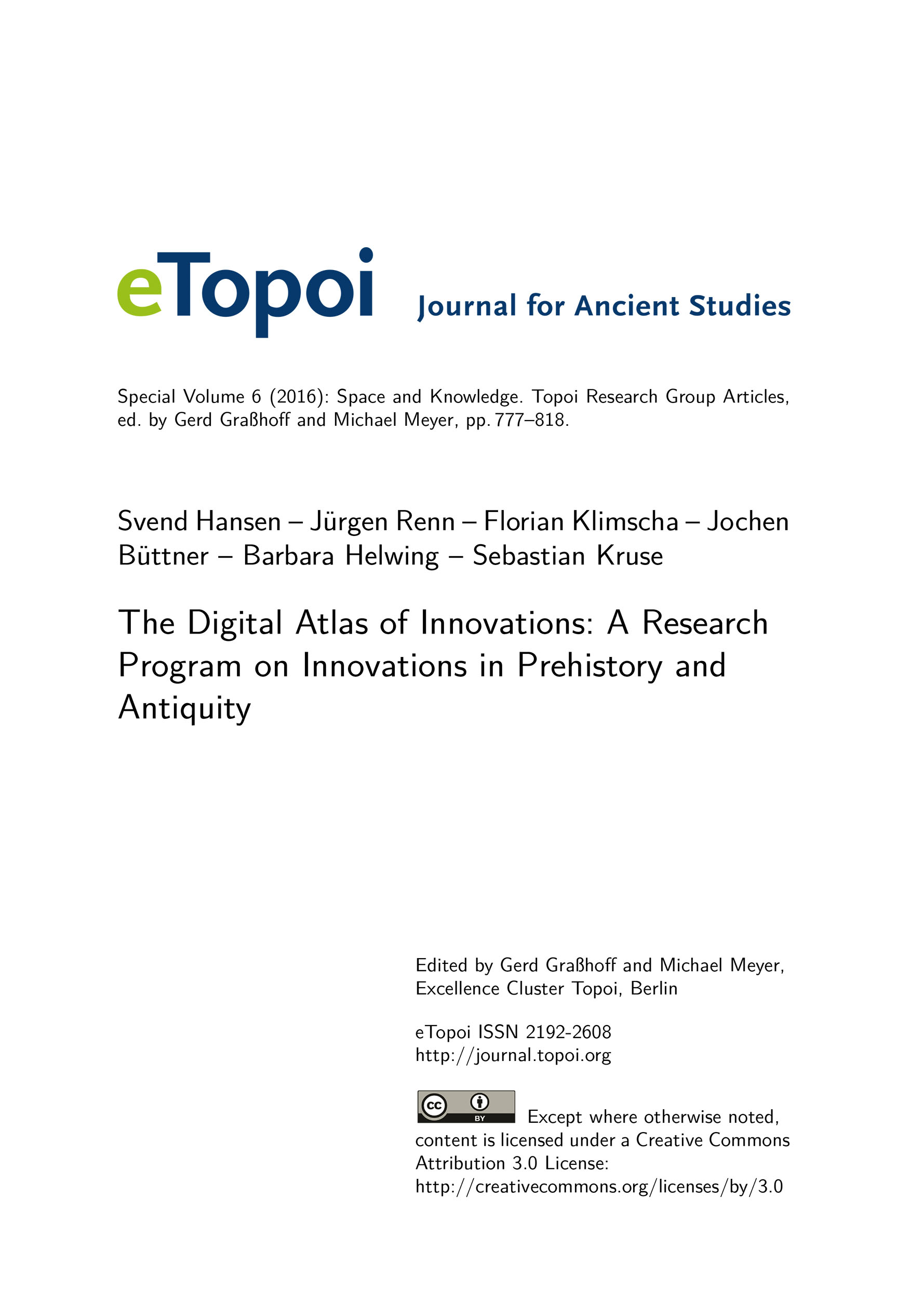 The authors discuss the simultaneous appearance of technological innovations in three key technologies (metallurgy, wheeled vehicles, weighing systems) in the second half of the 4th millennium. This is done from a source-critical perspective because the innovations are discussed with the help of dynamic maps from the Topoi project Digital Atlas of Innovations. Besides indications of diffusion gradients influenced by special research conditions, exceptional waves of innovation can be detected for all three technologies in the discussed period. These waves of innovation cannot, however, be generalized but have to be understood on the basis of the respective technology traditions and lines of development specific to local areas. Monocentric diffusion theories can be clearly disproven, local technology developments and their converging in certain centrally situated regions have to be assumed instead. Similarly, the transfer of objects and their châine opératoire can only be detected rather infrequently, while the adaptation to local socio-economic and environmental factors can be demonstrated.