Utility and Benefits of Water in Andalusi Law. Criteria for its Proportional, Balanced Allocation and Distribution (8th and 9th Centuries) 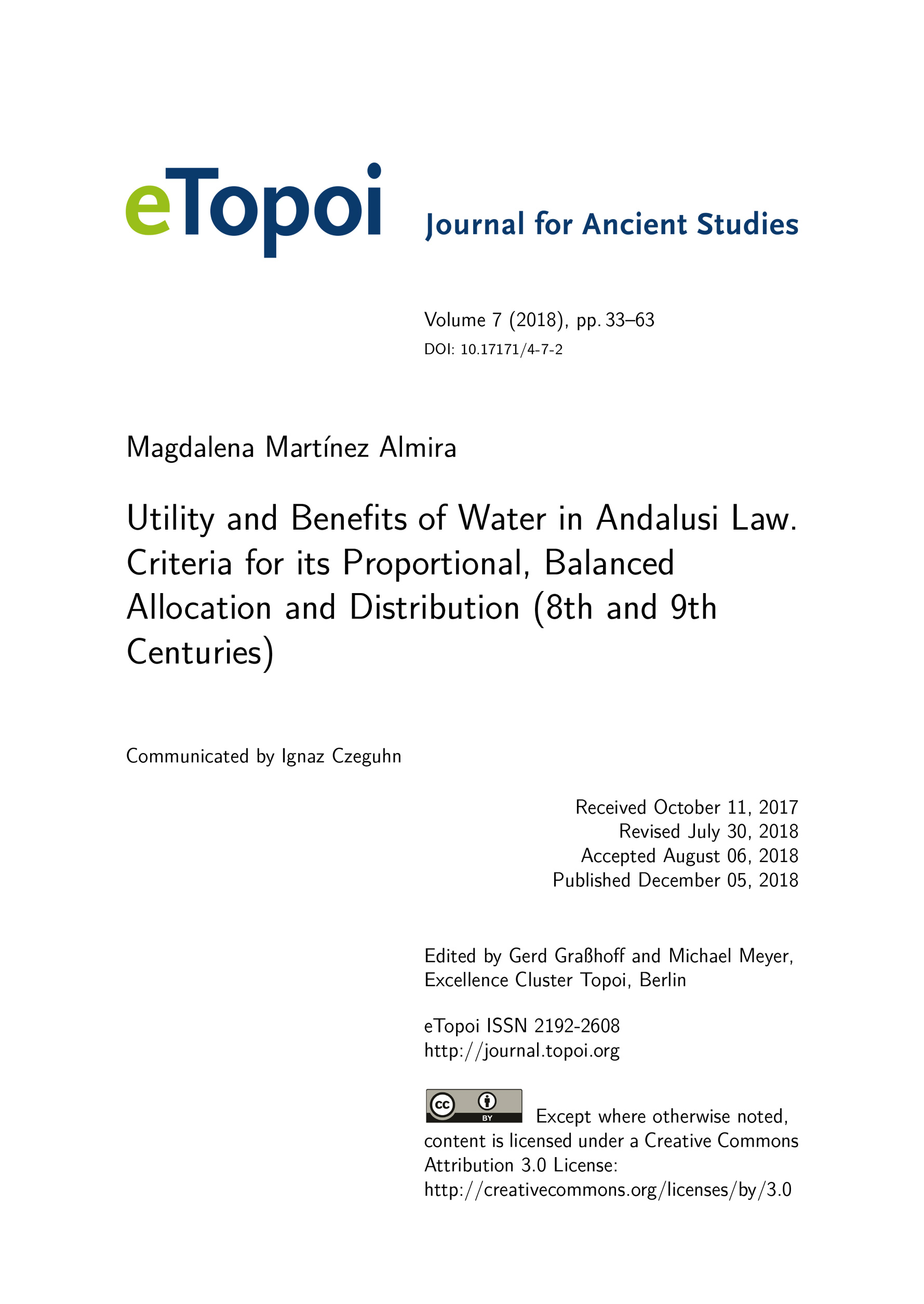 Interest in the analysis of the legislation governing water use and distribution in al-Andalus is evident among scholars due to two facts: the coexistence of different legal systems and the implementation of a casuistic system of law. It deals with concepts such as responsibility and participation in water management and the conservation of water. This research is an analysis focused on justifying the roots of the Andalusi irrigation system that were grounded in Mudejar legal sources, which themselves were based on the Andalusi and Arabic sources applied in al-Andalus during the 8–17th centuries and beyond. The explanation of the irrigation system methodology concerns the migration from different territories, which allowed the implementation of new hydraulic facilities and, as a result, a new system of distribution and rational utilisation of water. Now is the right time to explain the contents of the water law enforced in the Iberian Peninsula over the centuries, thanks to the knowledge of case law from the Syrians, Egyptians, Tunisians of Qayrawan, and kadis of Ceuta whom were considered technicians in terms of hisba; a matter directly linked with water supply.

Magdalena Martínez Almira, "Utility and Benefits of Water in Andalusi Law. Criteria for its Proportional, Balanced Allocation and Distribution (8th and 9th Centuries)", in: eTopoi. Journal for Ancient Studies, Volume 7 (2018) (2018), 33–63