Squatting in the Iron Age: an Example of Third Space in Archaeology 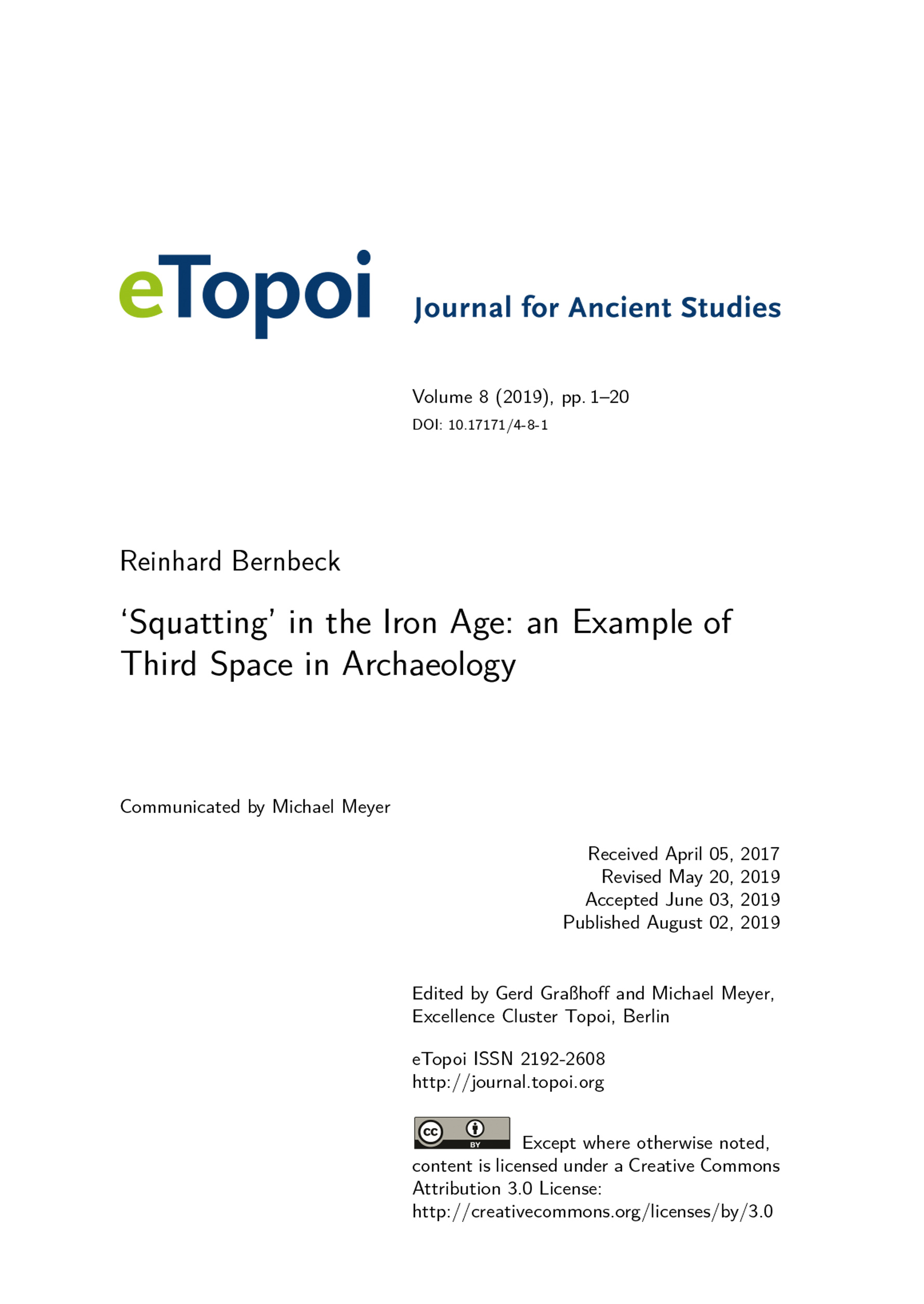 In this paper, I briefly elaborate on the differences between two notions of third space, one rooted in postcolonial theory, the other in Marxist geography. Marxist geography is concerned with the production of antagonistic spatialities. I use this idea to analyze various notions of space of and in the Iranian Iron Age polity of the Medes. The main issue is the interpretation of “squatting” habitations at the two sites of Tepe Nush-i Jan and Godin Tepe. I argue that the flimsy walls set into the massive architecture of earlier levels are a sign of tensions over conflictual spatialities.