Prehistoric Land Use and Its Impact on Soil Formation since Early Neolithic. Examples from the Lower Rhine Area 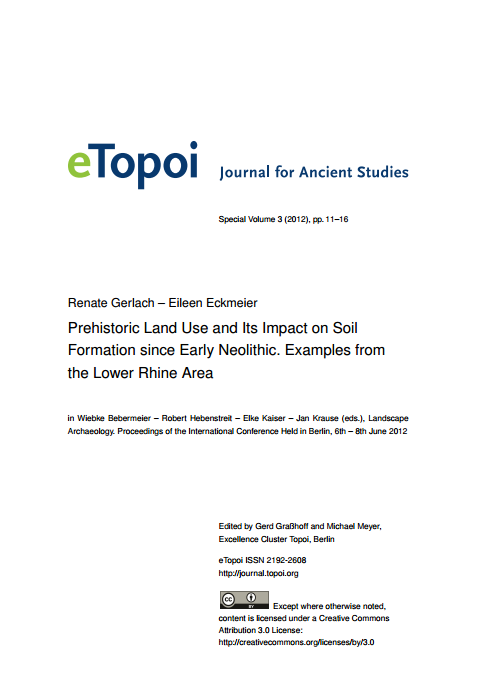 The soils of the Central European regions that have been settled since the Early Neolithic, such as the Lower Rhine Region (NW-Germany), have been influenced by agrarian societies for more than 7000 years. This long history of clearing, digging, hoeing, ploughing or fertilizing has had a deep impact on soil formation—beyond the well-known phenomena of soil erosion and colluviation. We will present examples for soil types which were formed as a result of human activities, and which are more archaeological rather than natural features: 1.) Luvic Phaeozems, which can be a product of Late Neolithic burning practices, 2.) Podzols and hydromorphic soils, which were initialized by forest clearances mainly during the Iron Ages, 3.) Cambisols, which are cryptic Plaggen soils built up since the Middle Ages and 4.) A ground surface which has been widely destroyed by concealed “micro surface mining” in the Early Modern Period.