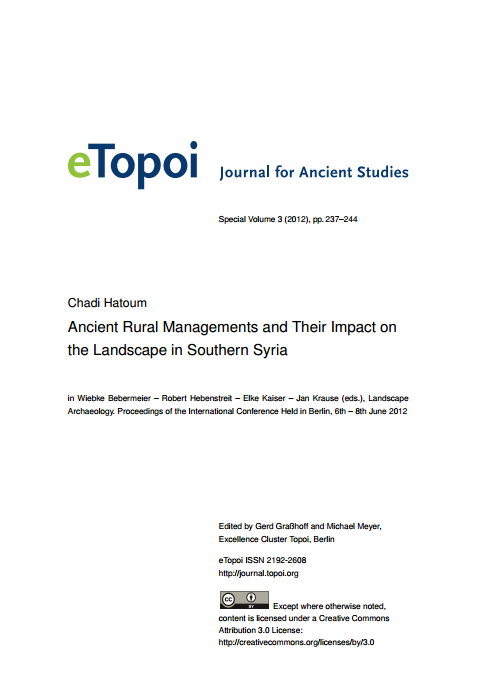 The aim of this article is to show examples of the impact of human activities on the landscape in a selected zone from Southern Syria. This article discusses the archaeological evidence that can be exploited to show this impact. The successive survey campaigns allow recognition of the different aspects of landscape evolution, due to human activities. This study depended on the use of 1:25,000 and 1:50,000 scale Syrian topographic maps of the region dating from the sixties of the 20th century and written in Arabic, besides the aerial photographs taken by the French mandate air forces in the 1920s and 1930s, as well as those taken by the Russians in 1958, and Google Earth images. All these documents have been scanned and are available in digital form and preserved at the UMR 7041, Ar-ScAn, APOHR team, Maison René Ginouvès, l’Archéologie et l’Ethnologie de Nanterre in France.