Exploring the dynamics of transport in the Dutch limes 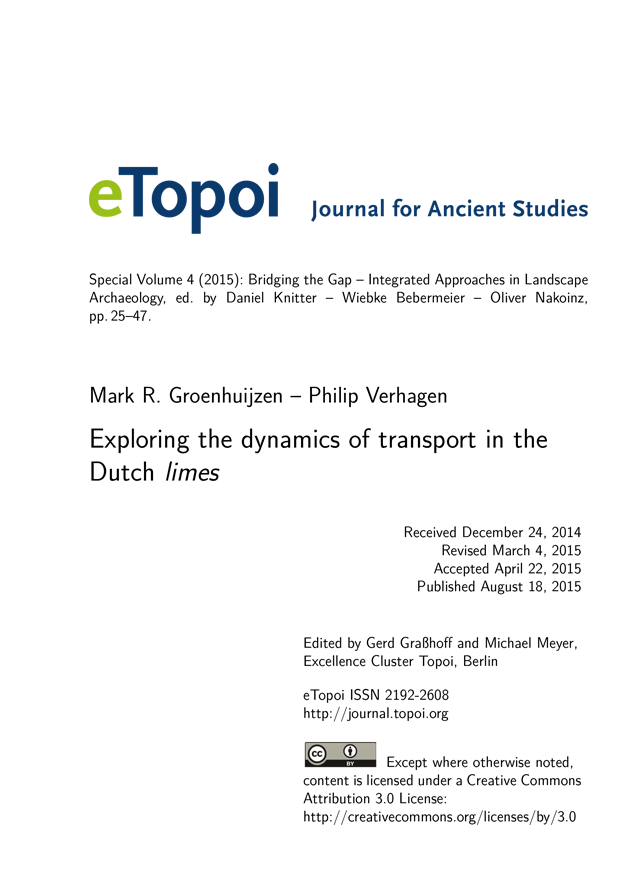 Very little is known about local scale transport in the Roman period in the Netherlands, and therefore this paper aims to reconstruct and examine local transport networks through an integrative approach, using data and research from palaeogeography, physiology, archaeology and computational archaeological approaches. This study particularly focusses on the role of different modes of transport and the role of the natural environment. Firstly, a palaeogeographic reconstruction is presented encompassing both the natural and the cultural landscape. Transport networks for several modes are then reconstructed by calculating least cost paths that incorporate functions from physiological research. These networks are analysed using standard network analytical procedures. Interesting interpretations can be inferred from the results of these procedures, including some relating to the different characteristics of the transport modes but notably also the relative important role of stone-built settlements in the networks and the relative lack of control that the Roman forts have over the transport network.