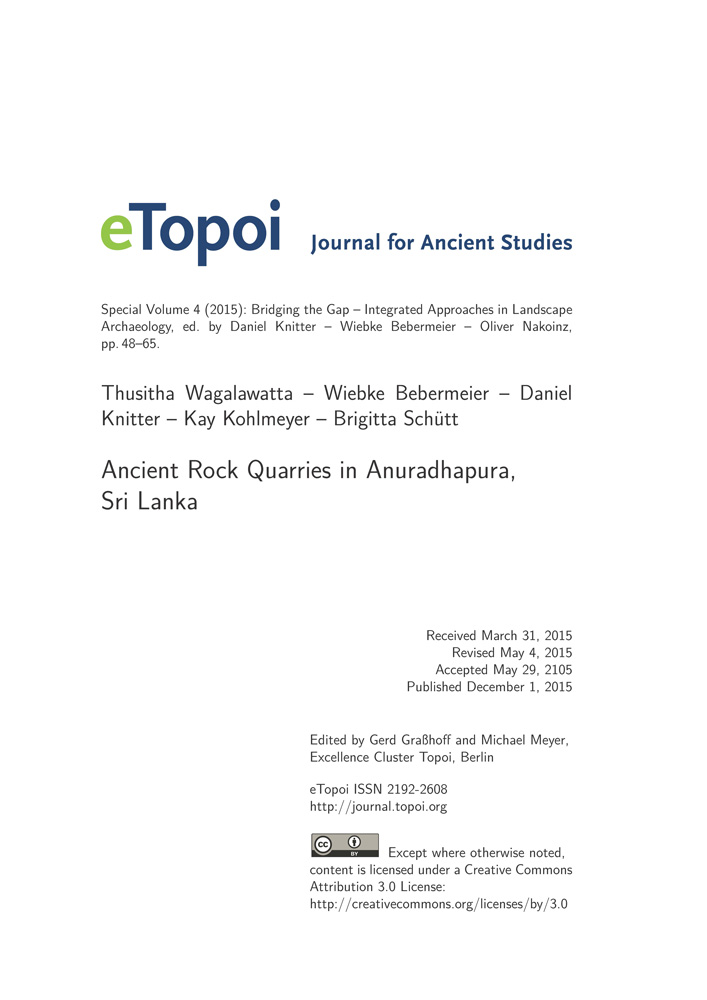 The ancient city of Anuradhapura (4th century BCE to 10th century CE), established on the banks of the river Malwathu Oya in north-central Sri Lanka, is one of that country’s most important archaeological sites. Numerous ancient buildings and monuments occur throughout the entire settlement. The preserved parts of the Anuradhapura ancient built environment are mostly solid masonry constructions. However, foundations, floor areas, pillars, and entrance units of the buildings provide evidence that rock materials were prominently used in constructions. This study focuses on the investigation of former rock quarry locations in the surroundings of Anuradhapura, their distributional pattern and their classification according to their morphological and archaeological significance. The majority of quarrying traces detected in the survey are distributed along a central rock outcrop line which runs across the city area. Altogether, 65 ancient rock quarries were identified in the area and classified into six categories. Moreover, numerous of historic stone buildings in the monasteries are also situated along the exposed rock outcrops line.