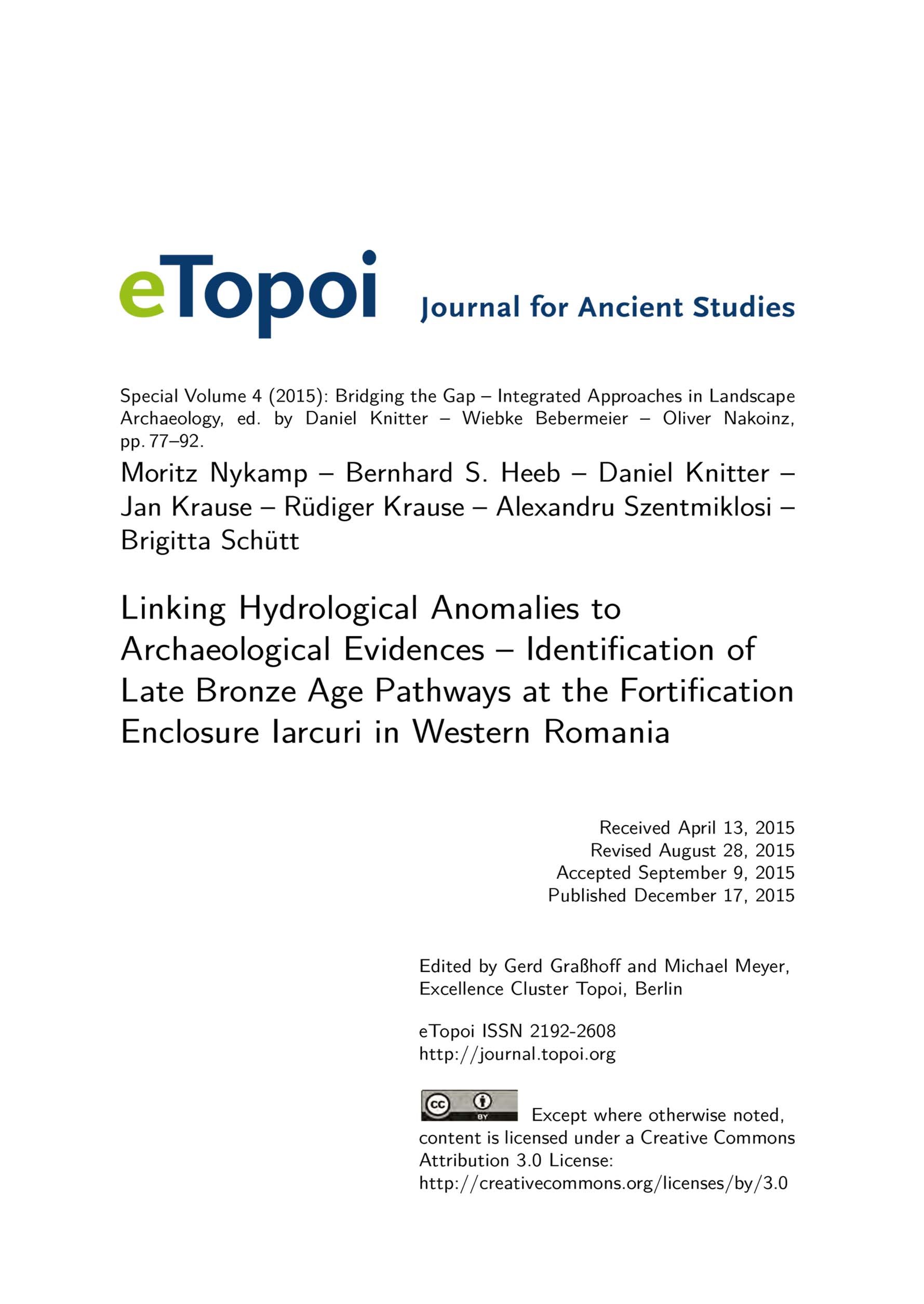 For the environs of the Late Bronze Age fortification enclosure Iarcuri the hydro-morphological relief characteristics are combined with archaeological evidences. Target of the study is to evaluate the impact of settlement activities in the surroundings of Iarcuri on the development of the channel network. Data analysis is based on topographic map-derived and high resolution DEMs provided by LiDAR scanning; derivatives of the DEMs are used to characterize the different sub-catchments that show varying influences by the fortification ramparts. The tributaries reaching the receiving stream close to the central settlement area source close to the gates in the ramparts in the Late Bronze Age built-up areas. Additionally, also the geometry of these tributaries differs from that of other tributaries. The distinct character of the channel network with repeatedly occurring rectangular bends indicates the capture of channels, which developed as gullies along paths by retrogressive erosion.