Iron, Humans and Landscape – Insights from a Micro-Region in the Widawa Catchment Area, Silesia 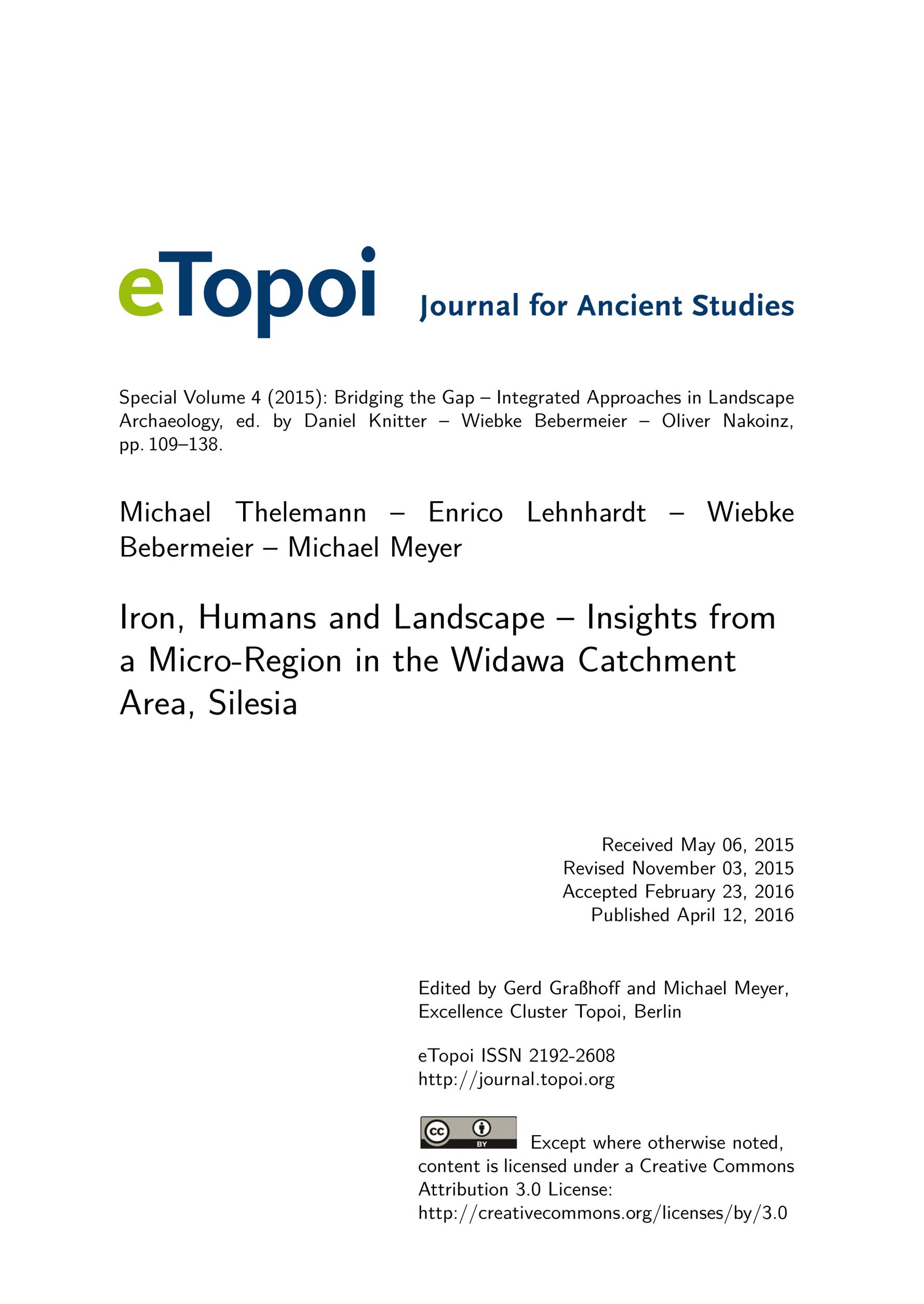 The Widawa catchment area is located in Northeastern Silesia, Poland, and belonged to the southwestern distribution area of the Przeworsk culture from the younger pre-Roman period until the younger Roman period. It is estimated that iron smelting was introduced to this area with the emergence of the Przeworsk culture, circa the 2nd century BCE. Certain cultural and environmental requirements must have been met in order for this technology to spread to this area. Within the framework of interdisciplinary research, the archaeological context of an archaeological site as well as the natural archives were investigated to explore the preconditions and to describe the beginning of early iron smelting in this region.