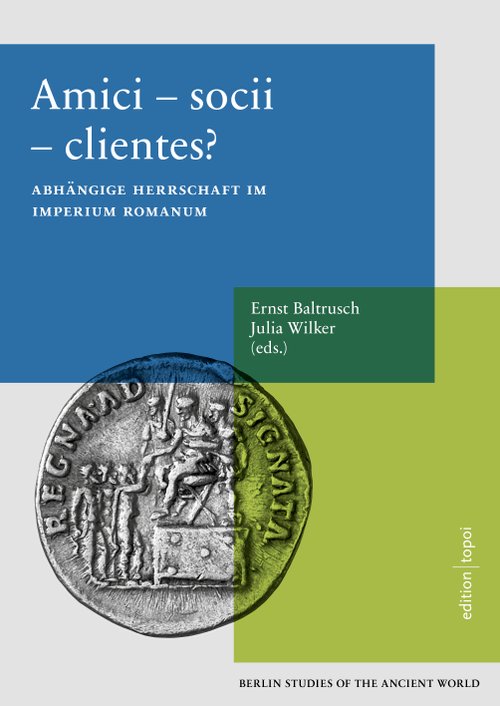 The Imperium Romanum was not a ‘state’ in the modern sense of the term, being a diffuse formation with varying substructures. This also included the amici et socii: kings, princes, cities, nationes, gentes, who entered into links with Rome of different degrees of closeness. These ‘client states’ are examined both from the Roman and the regional perspective on the basis of case studies from all parts of the Empire, but also by covering different kinds of content. What is important here is to encourage a dialog involving differing approaches and angles on the subject of ‘client kings,’ not a definitive answer to modern questions. The current volume collects contributions which discuss the general viability of the concept of clienthood, differences and similarities between the East and West of the Empire and their repercussions for the local empires and communities, thereby clarifying the developments in and scope of the instrument of dependent rule and its modern interpretation.